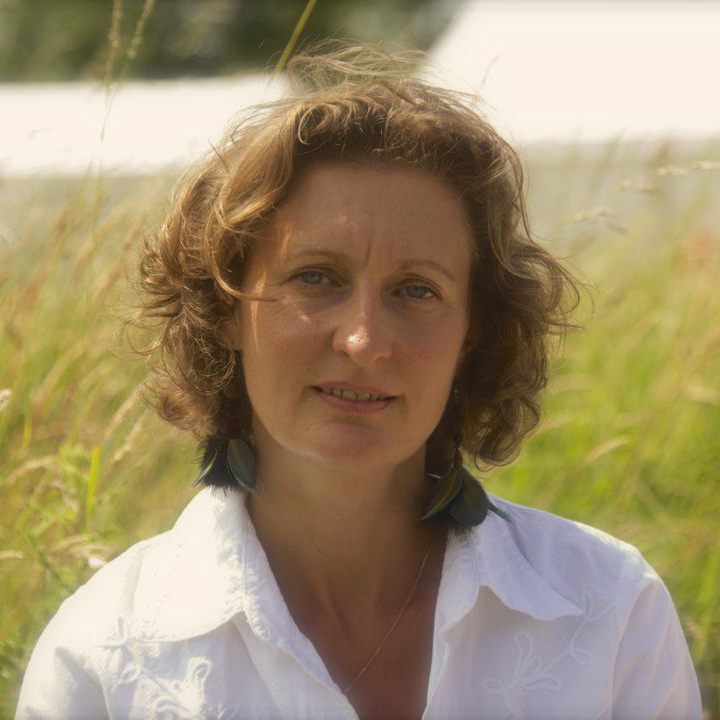 1982 was a pivotal year for me. It was the year I went to Medical School in Leeds. I hadn’t really wanted to be a doctor, but because I was good at science and had a feeling that some kind of holistic healing would be central to my life path, it had seemed a sensible route to pursue. The line often repeated was: “Become a doctor first and then, whatever you do, you’ll have more clout.”

However, before heading to Leeds to begin my studies, I visited a friend who was an art therapist. In her studio I did a painting of a red figure kneeling on top of a green hill. Pressing down on the figure’s shoulders was an ominous black cloud: medical school. It was not perhaps an auspicious sign; at the very least it was a clear reflection of my feelings about my chosen next steps.

When I subsequently started my course, I kept hoping to be surprised by what I found, but instead my worst fears were realised: I was dismayed by the mechanistic view of the human body and of the learning process itself. I tried viewing it as ‘just a job’, but day by day, the feeling grew that I was in the wrong place. The shocking realisation that we were not even expected to be critical thinkers was the final straw.

By this stage, I had made friends with some people who were not in the university; they were a little older than I – people involved with radical theatre, music, counselling and astrology. One day, after listening deeply to my concerns about medical school, one of them said to me: “It sounds to me like you’re saying you want to leave.” Those few simple words of clear mirroring were a profound gift. He had articulated what I had not dared to express to myself. And he was right.

That night as I cycled home through the wet light of the small streets of northern Leeds, those words reverberated through me: “I want to leave medical school”. They were true and I knew it; it felt like a massive realisation. At the same time I was terrified. I feared the sky might fall on my head. I thought (rather peculiarly and completely wrongly as it turned out) that my parents would not speak to me for years.

The next day I went to see the Dean of the Medical School. He was very kind and assisted me with my decision to leave by offering to reserve me a place in the medical school for the following year if I changed my mind. That helped me to let go as it meant that my decision was not irrevocable.

Lying in my student’s bed that night, I asked myself what I really wanted to do with my life. Immediately an answer came: I saw a woman on a stage in a stone, Greek-style amphitheatre. She was being held captive, unable to move or make a sound. Then, before hushed crowds, the woman began, slowly at first and then with gathering energy, to make her way to freedom. She found her dance, her song, her words, and her liberation. She was wild, tender and free.

I felt a deep sense of certainty that this vision held a significant clue to my future. I was simultaneously exhilarated and perplexed. Deep inside, I felt: “Yes, this really is what I want to do with my life – but what is it and where can I learn about it?” I knew the skills that I needed could not be learned at theatre school, dance school, music school or any other such place. How do you move on when you have a sense of what you want but no clue how to achieve it or in which direction to take the next step or even what it is called?

In the second book of Tolkien’s Lord of the Rings trilogy, there comes a point in the story when the Fellowship, lost in the mines of Moria, arrives at a fork in the tunnel. When it becomes apparent that Gandalf does not know which path to take, Frodo is deeply perturbed: how can the all-knowing, all-powerful Gandalf not know the way? A few moments and a quick smoke of his pipe later, however, and Gandalf declares that he now knows the way. In response to Frodo’s quizzical, “How?” he says simply, “It smells better – always follow your nose.”

Applying Gandalf’s sage advice to my own fork in the road, I interpreted it as follows: have an idea of where you want to get to; then follow your sense of what feels right, one step at a time.

My vision of the ceremonial theatre in which the woman freed herself reminded me of something that indigenous people might do. Seizing this thread, I followed it to UCL in London to study for a degree in Anthropology. From there my path led me, via a series of fortuitous events, to studying and then working with Gestalt Psychotherapy, meeting Ya’Acov, joining the Deer Tribe, meeting Gabrielle Roth and dancing, training and teaching 5 Rhythms for 18 years with her, and finally, of course, co-creating Movement Medicine with Ya’Acov. The name ‘Movement Medicine’ came to me in a commanding dream. It was as if I had come full circle, re-claiming and re-framing the word ‘medicine’ for myself.

Sanctuary has always been a special workshop for me in the spectrum of work that I offer. Something magical happens when women gather together to dance and sing with a focus on honouring ourselves, each other and life itself. Something happens when we authorise ourselves to create healing ceremony. It is as if the inheritance of thousands of years of indigenous women’s sacred lives flows through us naturally and easily, and we discover the natural ceremonialists and healers that we actually are.

My very first Sanctuary workshop was held in Orval, Belgium. (Thank you Luc for believing in this.) I am told that many of the women who were there still mark this workshop as a turning point in their lives. One moment in that workshop stands out for me in particular. One of the women present had feet that were different from ‘normal’ feet and, as a result, she had always hidden them in shame. When we were creating our rituals, she guided us all to an outside well. There, within our circle, she slowly undressed them, and we, her companions, tenderly washed and blessed her good feet with words and song and flowers. Everyone was weeping. It was a redemptive moment of bringing that which had been hidden into the light, of blessing the parts of ourselves that we had felt ashamed of; it was a profoundly healing moment for us all.

Since then there have been many Sanctuary workshops – and all of them have carried their own particular magic. As well as letting their hearts unfurl through dancing and singing, all of the participants have had the chance to create their own personal ceremonies with support, depending on what, in their lives, is calling for ritual space.

These ceremonies have been as many and varied as the women who have attended. We have witnessed maiden blessings for women young and old; women celebrating achievements, such as qualification as a midwife at the age of 40; women acknowledging aspects of themselves that have previously been hidden, such as the ceremony of a young German woman unveiling herself as a Jew; women owning and blessing their sexuality, their voices, their tenderness, their strength; women creating grief rituals to acknowledge their losses; women acknowledging transitions in their lives by creating their own rites of passage; and women blessing themselves, life and each other in full-hearted, full-bodied, full-spirited presence.

What is revealed through this work is that ritual-making is our birth-right: it is as natural to us as dancing or singing, as natural as caring for our children. Through making our own ritual theatre to acknowledge the seasons of our lives, we reveal ourselves to ourselves in all our soulful wisdom and deep magic.

I haven’t offered a Sanctuary retreat for quite some time, so the one coming up in Switzerland this autumn feels very special. It will be held at the beautiful Villa Unspunnen, a seminar and retreat centre led by women, set in tranquil parkland, with a view to the majestic peaks of the Eiger, Mönch and Jungfrau mountains. Thank you Kat for finding the right time and the moment and the place for this Sanctuary.

Speaking of her quest to bring Sanctuary to Switzerland, Katriona Forrester says: “I have searched for many years to find the right place for Susannah to bring Sanctuary to Switzerland. I am delighted to have found the Villa Unspunnen – inspiring, nurturing, and the ideal setting for this deep, personal and connected work, in goodness, truth and beauty. I look forward to welcoming a strong group of sisters to share this precious time.”

Sanctuary is taking place from 18–22 September at Villa Unspunnen, Switzerland. For detailed information and a registration form, click here; or for a German version, click here.