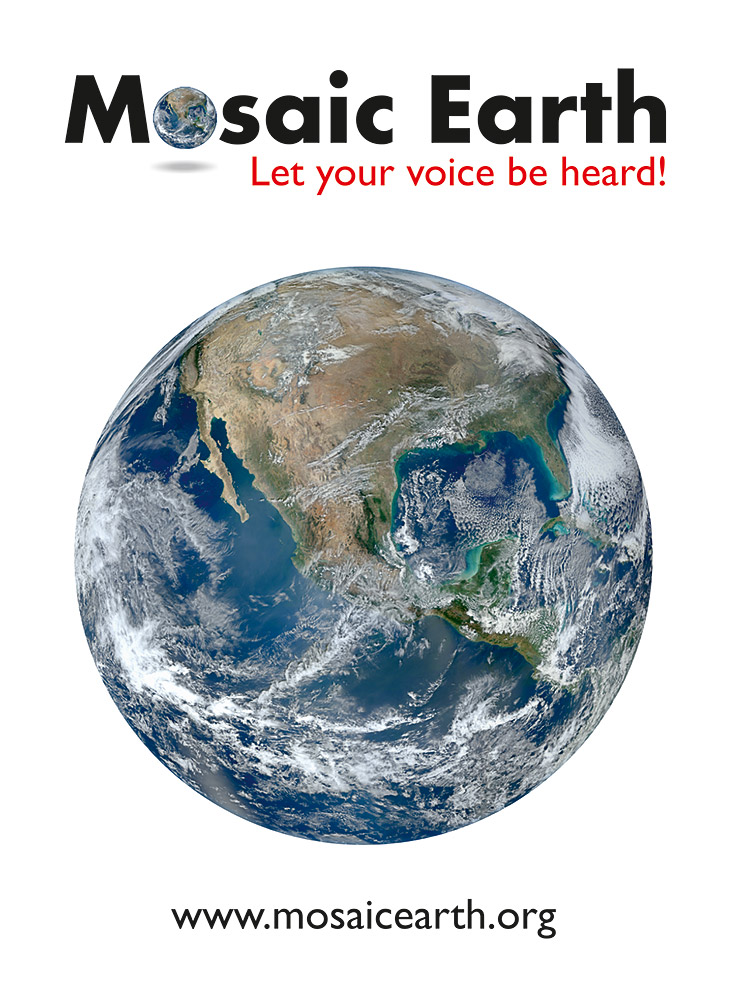 In the run up to the Copenhagen Climate Change conference in 2009, I heard Ed Milliband (who was at that point the minister for climate change secretary of the opposition) on the radio saying that you and many politicians did know about the seriousness of climate change, and the radical changes in policy it necessitated by it, but that governments did not have the courage to take appropriate action whilst they felt that their electorates were not behind this. He made a passionate plea to those in the public who were aware to make a much bigger noise to compel, mandate and empower the politicians to make the courageous and co-operative leaps necessary. I heard him as if he were talking directly to me. I am a dancer, not a politician, but I care deeply about the future of life on earth and had been feeling that it was time for me to step up to a greater responsibility in my life.

That summer I kept seeing visions of ways for people globally to create a standing ovation for life on earth. I saw how people would be empowered by seeing how many others were standing up too. I saw that the politicians cannot do it by themselves, and that if we leave it to them and then blame them for not doing it, we are abdicating the power and responsibility we have as people awake at this time. And I kept saying “not me – I cannot do this, I don’t know how.” But that which guides me kept saying; “you asked for a job – here it is”.

Eventually, supported by my father talking about Gandhi’s message about right action without being attached to the consequences, I found the courage to DO something. I contacted Nick Hart-Williams who immediately ‘got’ the idea and put me in touch with two people who have become extraordinary colleagues: Peter Armstrong and Anuradha Vittachi. Anuradha and Peter originally set up “One World” and its subsidiary “One Climate” – organisations committed to using the digital revolution to empower people.

Together we have created Mosaic Earth. The funding has come from a few generous individuals and their Hedgerley Wood Trust, and from the Movement Medicine Shop, a proportion of whose profits supports this project. So thank you shoppers!

Mosaic Earth is a way for people to make themselves visible to each other and to those in power: in standing up for life together in a creative, beautiful and potent way. It’s a digital demonstration, or a visual petition that is intent on harnessing the power of social media as a force for global citizenship.

It’s a long story but finally we are here in the run up to COP 21 and we have just created a twitter feed (https://twitter.com/OneClimate) to create a window to bring together citizens of the planet who, all over the earth are standing up to be counted, to mandate and literally en-courage the politicians to make the big and difficult moves necessary to support life on earth.

What you can do:

Thank you for you all you do and be as part of life in earth.

Susannah Darling Khan and all at Mosaic Earth